Ethereum — All You Need to Know 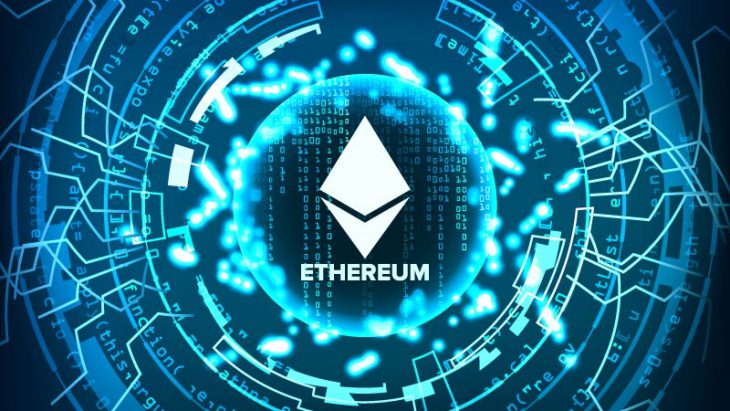 In 2012, Vitalik Buterin (then 19 years old) unveiled his plans for a “world computer” and, for reason enough, was being hailed as a prodigy. By then, Bitcoin had already been around for 4 years and so was the idea of the underlying blockchain technology. Yet, the technology was thought to be applicable only to the peer-to-peer transaction of currency. Ethereum came and changed this understanding forever.

In this article, we explain the nitty-gritty of Ethereum. Before proceeding, however, it’s crucial to make something clear. It’s completely wrong to think that Ethereum and Bitcoin are the same or even highly similar. Rather, the opposite is true and apart from using the same underlying technology, the two have very little in common. With that cleared, let’s dive in.

The Ethereum Vision: Replacing the Internet

Traditionally, the internet works on a client-server model in which data is stored on centralized servers and accessed upon request by client computers. For instance, when you send an email using Gmail, the data from your computer gets sent to Google’s server, and then to the email’s recipient. Or,  you can stream videos stored on Netflix’s servers on your mobile device. This is the protocol for each and every activity that you perform using the Internet.

Apparently, this seems very convenient as the user doesn’t have to deal with storage, server maintenance, and so on. However, there’s a dark side to it: hacks and the misuse of users’ data by government and/or other organizations. In fact, the internet in its present state is a highly exploitative system where the user has no control over the data they generate. Instead, those in control of the centralized servers (such as Google, Facebook, and so on) can use such data to control and manipulate the user’s online behavior.

Ethereum is the solution to this problem: a vision to decentralize and democratize the existing client-server-model Internet. According to the project’s website, “Ethereum is a global, open-source platform for decentralized applications. On Ethereum, you can write code that controls digital value, runs exactly as programmed, and is accessible anywhere in the world.”

Using blockchain technology, Ethereum aims to replace third-party intermediaries that facilitate and control the Internet. Instead of central servers, data is stored on thousands of individual devices — “nodes” — spread across the world. This lays the foundation for the three major promises of Ethereum’s world computer:

Now, with all that said, the obvious question is how does all this work? What tools does the platform have with which to fulfill its dreams? Without positive answers to these questions, Ethereum’s claims might sound far-fetched to many.

The Pillars of Ethereum

Much like its promised world, the Ethereum architecture is not one concrete whole. It’s a multifaceted domain with several aspects that work independently and together at the same time. In this section, let’s take a closer look at some of these pillars on which Ethereum stands.

Although not exclusive to it, smart contracts play a major role in the Ethereum ecosystem. By definition, a Smart Contract is a piece of code that automatically performs certain pre-defined functions upon meeting pre-defined conditions. In essence, smarts contracts work much like traditional contracts, except for the fact that there’s no ‘overseer’ or ‘intermediary’ here. Instead, trust is established using mathematical algorithms.

Prior to Ethereum, building blockchain-based applications was highly cumbersome. It could be done only in two ways: building on top of the Bitcoin blockchain or developing a new blockchain from scratch.

The EVM, on the contrary, makes the process much more adaptable, thus being the primary reason behind Ethereum’s high “programmability”. Above all, it allows developers to use every available programming language based on their needs while developing applications that are decentralized, open-source, and reward oriented.

Such applications are commonly known as dApps and are also the most useful outcome of Ethereum. They are as immutable and secure as the blockchain itself. No third-party can ever make any change, without the consensus of the nodes. Yet, despite everything, DApps are not full-proof just like nothing is and errors in coding can be exploited by hackers.

For instance, in 2016, the much-discussed DAO attack happened, shaking the very foundation of Ethereum. The platform, however, has bounced back with reinforcements.

Transactions on Ethereum have to be validated by network members before they are added to the blockchain. This process is known as mining and is the keystone of the network’s security. Miners are rewarded using Ether: the platform’s native cryptocurrency.

As such, the validation process involves certain automated algorithms using which members reach a consensus: Proof of Work (PoW) and Proof of Stake (PoS) are two of the most common protocols.

Unlike traditional blockchains (say, Bitcoin), Ethereum doesn’t rely solely upon the resource-heavy PoW protocol. Presently, it uses a hybrid protocol combining the two, with plans to shift completely to PoS in the future.

Towards Ethereum 2.0: The Road to the Future

Although not a popular cryptocurrency like Bitcoin, Ethereum’s promise is much broader and consequential than the former. In fact, the platform was never meant to be a cryptocurrency. Presently, Ethereum is also suffering from some of the typical problems of blockchain technology: above all, scalability.

Yet, research and developments are very much underway for Ethereum 2.0, which is expected to overcome the issue using sharding, among other things. When actualized, this new version will indeed take us a step closer to a characteristically transformed digital world, in which “user-centric” will be a reality and not just a marketing keyword.