Initial Exchange Offerings (IEOs): All You Need to Know 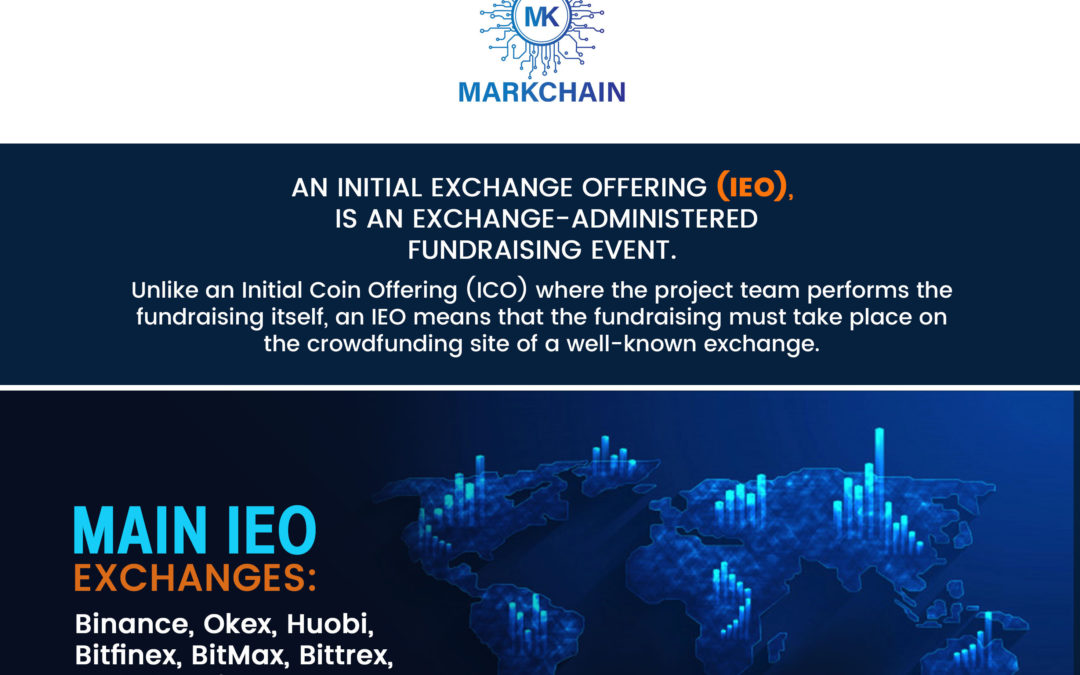 IEO could very well be considered as the rebirth of ICO. Since 2014 to date, Initial Coin Offerings (ICO) have continually strived to survive as a  crowdfunding strategy. However, the flaws associated with the model have given rise to Initial Exchange Offering. The premise is still the same – a token issuer conducts an IEO to raise capital for project development, nevertheless, there are a few differences.

An Initial Exchange Offering, is an exchange-administered fundraising event. Unlike an Initial Coin Offering (ICO) where the project team performs the fundraising itself, an IEO means that the fundraising must take place on the crowdfunding site of a well-known exchange, such as Binance Launchpad, where consumers can buy tokens from their exchange wallet directly.

Just like ICO, similar regulations exist within the IEO space. Despite the ever-growing global blockchain adoption, there are laws regulating the activities of blockchain fundraising, though it is unique to various jurisdictions, and some of them are less strict.

The credit associated with the popularity of the IEO can be unarguably attributed to Binance Crypto Exchange, but it is important to note that Binance’s first-ever Exchange Token Offering was the GIFTO token sale in December 2017, but the fundraising process wasn’t an industry word at that time. Interestingly, at the moment, IEOs aren’t just for individual investors, its a model that is open to institutional and private investors as well.

Whereas for an ICO, no crypto exchange stands as an intermediary between the duo. All fundraising procedures are solely handled and administered directly by the startup blockchain platform.

The upside is that it creates room for transparency, accountability, easy funding, a ready listing, and more notably, the exchange takes care of the advertisement and marketing, even though it is recommended that the startup should execute its marketing strategy independently of the exchange also.

However, this model is not without an unattractive side, it could be an expensive venture to carry out an IEO due to the exorbitant fees charged by some exchange platforms. Depending on the exchange platform chosen, most projects might struggle to raise decent funds even after paying these high fees, they could as well be at the mercy of fraudulent exchange platforms.

In 2019, thousands of projects were interrupted due to lack of funds, mainly because they paid large sums of money to illiquid, rigged or fraudulent trading platforms, promising them a high investment.
As a result, 90% of IEO projects has not been funded last year.

If you are planning an IEO for your project, we really recommend that you need to select your exchange partner carefully.

How IEO has faired

However , the performance of IEOs has been impressive at the beginning, and many expect it to eclipse the ICO surge. Due to IEO affiliation with exchanges, investors can enjoy an astronomical return on investment on their token purchase. A notable example is the MATIC IEO on Binance Launchpad.

Today, cryptocurrency exchanges like Binance, Bitfinex, BitMax, Bittrex, and  Kucoin are making the headlines in the IEO terrain. Many blockchain followers believe that the success of IEO is linked to the groundbreaking Initial Exchange Offering on Binance Launchpad which administered a fundraising session for BitTorrent, a child’s company of TRON FOUNDATION.

Top 3 most successful IEO fundraising in 2019

To date, BitTorrent, a popular file-sharing project with 100 million monthly active users from 138 countries is considered as the biggest IEO of all time in terms of fundraising amount. The project, on 28th January 2019 raised a total of $7.2m on the Binance Launchpad.

The second on this spot is VeriBlock, a blockchain that enables rapid, widespread, and secure adoption of PoP (Proof of Proof) security for other blockchains, VeriBlock had it IEO on 28th April 2019 on the Bittrex platform, raising a whopping $7m in 10 seconds.

The list won’t be complete without mentioning Ocean Protocol which also had it IEO on the Bittrex platform. This project is focused on creating an ecosystem for AI data managing and associated services raised $6m on April 30, 2019.

IEO projects with the biggest ROI for Investor

So far Matic network has the greatest historical ROI for investors. The project administered its IEO on 25th April 2019 on the Binance Launchpad platform raising $5m. Matic whose token was issued for $0.00263, reached an all-time high (ATH) of $0.045. This is an incredible 1700% ROI for IEO investors.

BitTorrent (BTT) and Fetch.AI (FET) occupy the second and third spot respectively. BTT was issued at $0.00012, it went all the way to print an ATH of $0.00186 – a mouth-watering 1500% ROI for IEO participants. While Fetch.AI, a project with a focus on creating a digital world for the future economy was issued on Binance Launchpad, so far its ROI for investors stands at 564%.

This data shows that it is of no argument that successful IEOs are becoming a cash-cow for investors, at least if they manage to sell their tokens at the right time.

Could IEO be the future of blockchain fundraising?

In a recent tweet made by John Kiff as featured by Hackernoon, it was revealed that IEOs have raised more money than ICOs in 2019  - Isn’t this clear enough proof of the beginning of a new era? The answer may be in the numbers.

Kiff claims that the total funds raised by IEO projects globally since inception stands at over $1.6 billion, with an overwhelming majority of these funds equaling 1.4 billion being raised in 2019 alone.

The key benefits of an IEO are that it is simple to engage in because participants don’t have to handle on-chain transfers on various blockchains and specific wallets. Rather, a user only needs an exchange wallet balance bearing sufficient funds in it to fully participate through the exchange trusted web interface.

Also, the company stakes its credibility behind the project on an exchange platform, providing a greater degree of trust behind the venture.

How IEOS may fair in the near future

Even though  IEOs are considered a relatively new idea in fundraising business within the crypto sector, over time this model is likely to keep growing. With the current IEO market trajectory, it is capable of helping cryptocurrencies and exchange markets to become more accessible in the global market.

Coupling the various benefits an IEO affords an investor, the model will probably naturally strive better in a short time. It’s not going to take long for IEO to transform the face of crypto-banking.

On the downside, IEOs, just like an ICO could as well be considered as a threat to the midterm growth of the crypto market. As IEO evolves to become a favorable model, many blockchain projects will be looking to leverage on it to pull out funds from investors and thereafter dump on the open market for fiat. The 2017 ICO-rush has been linked as the major cause of the 2018 crypto-winter, this can as well happen with IEO.
Today the average ROI of an IEO is -80%. We notice that investors prefer to sell their tokens quickly rather than keeping them in the long term.

It is important to note that the lack of traceability may also cast doubt on the IEO system. Some describe price increases in a token following an IEO as false inflation, sometimes manipulated.
So, are IEOs already a thing of the past or are they the future of crypto-currency fundraising?